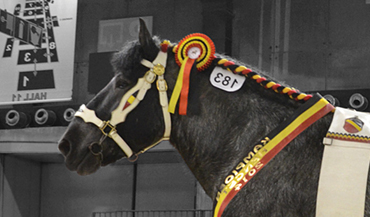 Matteo is the National Champion stallion of Belgium of 2014. He is approved on offspring and this way belongs to a select group of what in Belgium is called “raçeurs” - meaning exceptional breeding studs. He has been "approved for life" since 2015. Matteo is sire to more than 600 foals and he has produced not less than 21 approved sons (still counting!).
He combines generations of exclusive blood in his pedigree and this is reflected in breeding with an enormous number of successful offspring. Matteo has brought quality and color to draft horse breeding. In addition to all those sons approved for breeding, there is an extreme high number of top quality daughters and now also granddaughters and sons - simply too many to mention. He is a living legend.

There is frozen semen available of Matteo. Worldwide shipment. 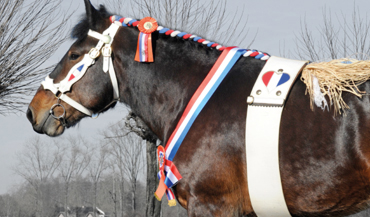 Jim is a dark bay stallion and became champion as a foal in Sint-Pieters-Leeuw; one year later he was champion in Oudenaarde, Deinze and Appels and the year after he was approved for breeding for the first time.
In 2019 Jim became Dutch Champion as a five year old stallion at the Central Stallion Show in Lunteren and in the summer he became International Champion in Wachtebeke.

Jim's offspring performs as well as their sire during the show contests. Last year at the foal championship of Appels all the champion titles went to offspring of Jim. From his first crop of foals - his son, Lord van 't Langhof, was just approved in France and in Oudenaarde Jim was the sire of the three winning yearling colt ♂s. His foals also have a very large color variety with besides bay roan, lots of bay, black and blue roan - but even dapple grey.

More info about the stallions for season 2021 coming soon!

We have frozen semen available from our national champion stallion Matteo van 't Rietenhof. These straws can be exported to almost all countries in the world.

Several foals have been succesfully bred and been born in the USA.

Motility of 65% which is extremely high for frozen semen; and certainly for Draft Horses. 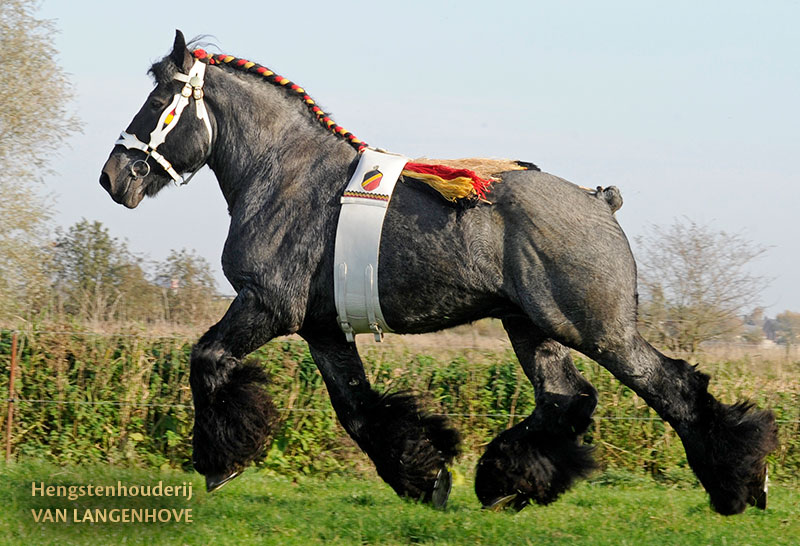 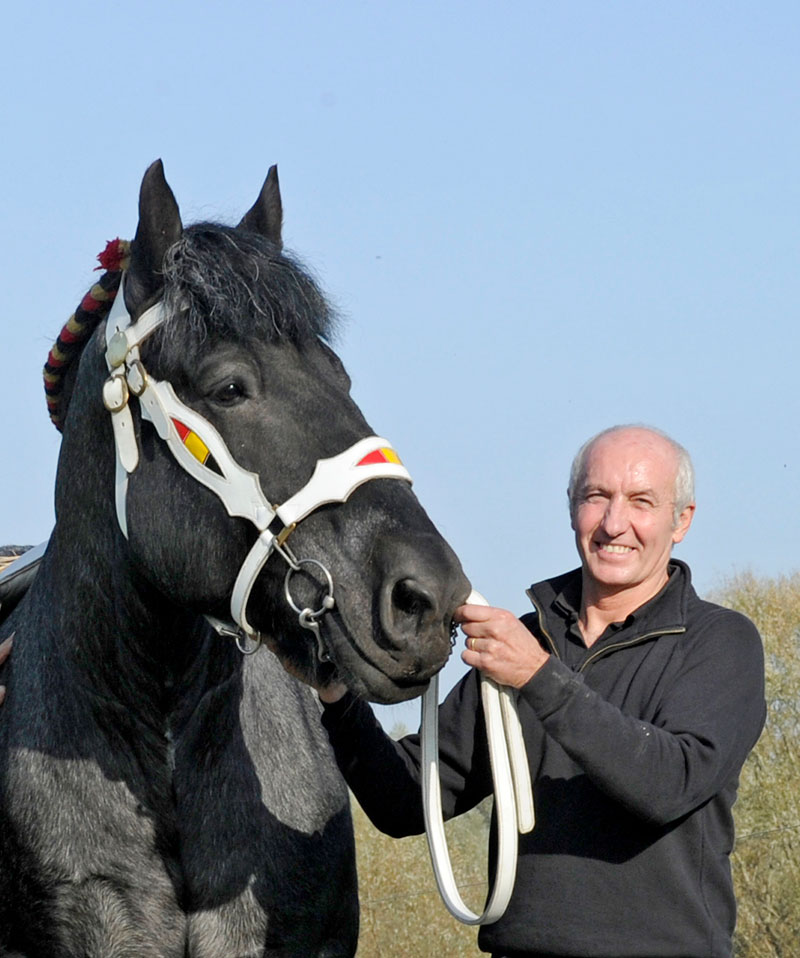 Eddy Van Langenhove took over the studfarm from his father Arthur. He became the pioneer in AI breeding in Belgian draft horses. Years of experience offer an outstanding service to breeders.
Quality always comes first when choosing the stallions which will stand at stud. A good conformation with powerful movements and a good bloodline are the main qualities that characterize the stallions of Studfarm Van Langenhove.
Every year a number of foals are purchased with an eye to the future. In this way Studfarm Van Langenhove follows the development of the horses from an early age and a continuous strict selection is made before the stallions are used for breeding.

Livestream 6 December 2020. Due to the corona crisis it was not possible to organise competitions or other events at the end of 2020, so that’s why things had to be done differently. In an online show we presented about 30 foals and yearling colts and our stallions: Gamin van de Lindehoef, Matteo van ‘t Rietenhof and Jim van ‘t Roetaart. If you have missed it, you can watch it again below:

After the overwhelming response we will most-likely do another online show in autumn 2021! Let us know if you are looking for a specific type of foal so we can keep it in mind when selecting foals in the summer.


Studfarm Van Langenhove offers you an efficient and reliable service, under careful veterinary guidance. Artificial insemination is possible at our studfarm or semen can be sent via Hippoxpress to any address in Belgium; price reduction for pick-up. The risk during stay, cover and transport is at the expense of the owner. Other stallions on request. Also frozen semen available.